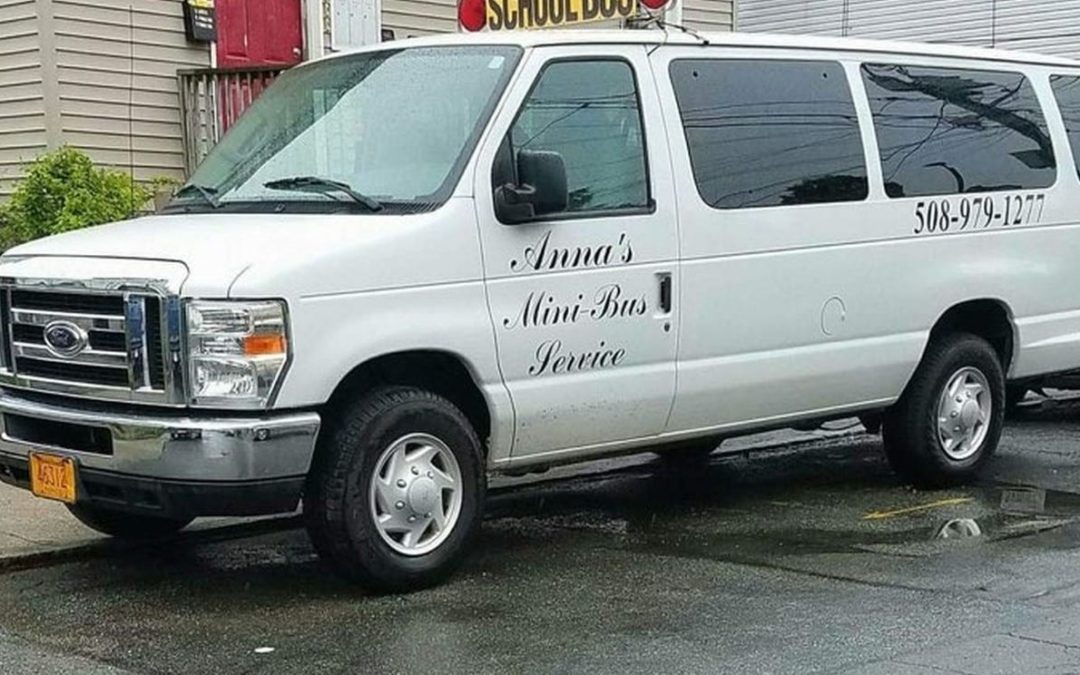 NEW BEDFORD — At the beginning of March, business was so good for Anna Rodriques that she and her husband considered buying a new house. Now Rodriques doesn’t know how she’s going to pay her bills and finds herself going to food pantries to help make ends meet.

Rodriques’ journey as a business owner started 24 years ago, when the factory where she had been working since she was 16 years old, Cameo Curtains, suddenly closed and she decided to stay home for a few months since she had two small children she never spent time with.

Spending time with her children involved bringing them to school.

“All of a sudden I had people asking me If I could transport their children too,” Rodriques said.

That gave Rodriques the idea to start her own transportation service, Anna’s Mini-bus Service. She went out and bought a van and got all the registrations she needed.

Over the next two decades the business grew to four 15-passenger vans that were making trips to 12 schools in New Bedford in addition to daycares with her husband and father-in-law working as drivers.

At the beginning of the year, her vans were transporting close to 100 children a day.

“It was actually really good, it was the best year we’ve had,” Rodriques said. She even had a waiting list of potential clients.

Then, a couple of weeks into March, Mayor Jon Mitchell announced that New Bedford schools would close to prevent the spread of COVID-19. They would remain closed for the remainder of the spring term and daycares would be limited to children of essential workers for months, drying up Rodriques’ customer base.

A few months later in June Rodriques said she got a letter from the Registry of Motor Vehicles (RMV) notifying her that she would no longer be able to operate 15-passenger vans to transport school children.

The RM regulation prohibiting the transportation of school children in 12-passenger and larger vans went into effect July 1, according to Department of Transportation spokesperson Judith Reardon Riley, but had been “under development” with the pupil transportation industry for over a decade.

When Riley spoke to the Standard-Times last month she didn’t clarify the exact nature of the safety concerns related to the 12+ passenger vans, but the National Highway Traffic Safety Administration said full-size vans, especially 15-passenger vans, are known to be less safe than most other vehicles mainly due to their propensity to roll over.

Rodriques said the RMV revoked her registration for the 15-passenger vans and because of that she was forced to sell them.

“I’ve been home since March then the RMV hit me with that, great now I can’t do anything,” she said.

Rodriques tried to get some of the smaller 10-passenger vans that the RMV still permits, but said between the amount of money the business lost during the pandemic and the cost of 10-passengers vans, she could not afford them, especially since COVID-19 guidelines would only allow her to transport three children at a time if she did buy them.

Rodriques said if the RMV notified her of the new regulations sooner and it wasn’t a pandemic she would have been on the ball and would have been able to get the appropriately-sized vehicles.

Due to the pandemic, the RMV did allow operators of 12-passenger vans to apply for a one-year waiver to continue operating, but they didn’t offer 15-passenger van operators the same opportunity.

“It was pretty messed up…they should have given us a waiver for the 15-passenger vehicles like they did for the 12 and they didn’t do that, especially knowing people were out of work for so many months,” Rodriques said, “I got screwed by COVID and screwed by the RMV.”

Rodriques did apply for a Personal Paycheck Protection (PPP) loan, but since she’s self-employed she said she only qualified for $1,000.

“I received a letter that someone had applied [for unemployment benefits] in my name…I don’t understand how they got my social [security number] to open a claim,” Rodriques said.

She said she’s been waiting a week for a supervisor at the unemployment office to call her back.

She’s been clearing houses to make money, but it still hasn’t been enough to cover her expenses.

“Thank God I’ve been going to PACE …and they’ve been helping me out with some food and stuff,” Rodriques said, “I never had to do that in my life.”

Rodriques never pictured herself being someone who needed to use a food pantry.

She said she does feel bad for everyone during the pandemic but she thinks things have been harder for immigrant-owned businesses.

“I do feel that if you have money and were born in this country you have a better chance [to survive],” Rodriques said.

Rodriques’ family came to New Bedford from Portugal when she was 10-years old after her father came to visit his sister in the city for three months.

“I just have so much anger towards this disease and towards everything, because like I said it took so much from me, it’s my livelihood, it’s everything I worked for,” Rodriques said, “I built [my business] from nothing only to lose it.”

COVID-19 has impacted more than just her business, her daughter recently tested positive for the disease and is symptomatic with coughing fits and massive headaches.

“You feel so bad as a mother that you can’t go there to help her,” Rodriques said, “Of course I’m worried, I’m worried for myself, I’m worried for everyone else…this [pandemic] is insane. When is it going to end? It doesn’t look like there’s an end in sight.”

When the pandemic does end, Rodriques said it’s her hope to restart her business, even though she knows she’ll have to start from the beginning.

Helena DaSilva Hughes, executive director of the Immigrants Assistance Center, said she is working to help business owners like Rodriques, making sure they know about grants and loans available to small businesses.

The New Bedford Economic Development Council is taking applications for a grant and loan program meant to assist small businesses that are struggling during the pandemic and Hughes is working with them to make sure immigrant-owned businesses know about the program.

“We want to make sure businesses are included,” Hughes said.

Read the article at SouthCoastToday.com