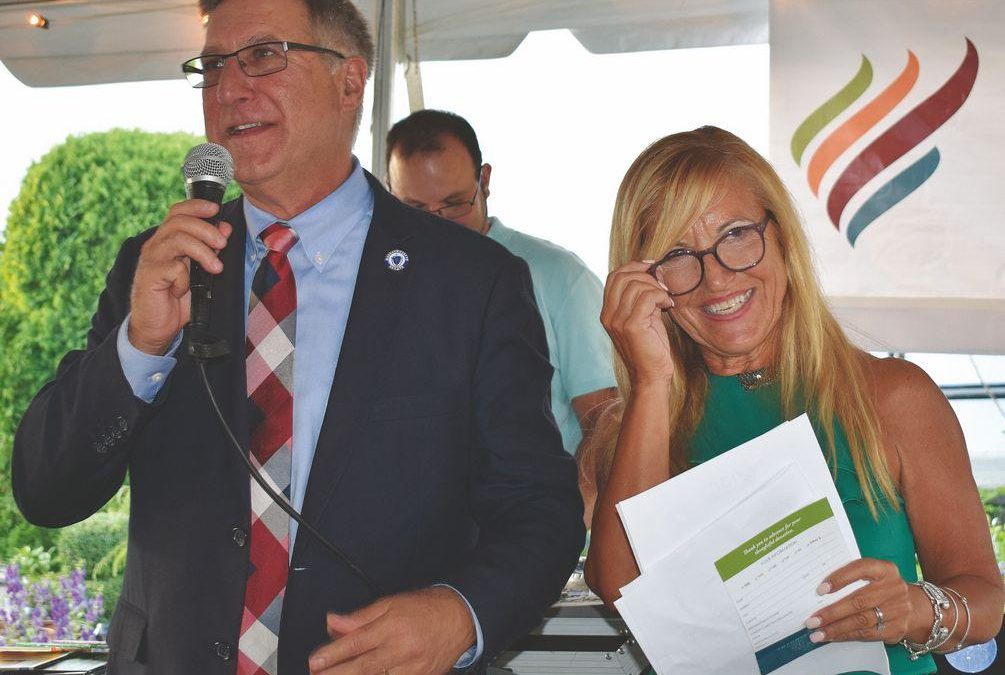 The Immigrants’ Assistance Center will soon be moving to a larger and more efficient space to help its continued growth, announced its executive director at the center’s summer fundraiser held Aug. 8 at the Museum of Madeiran Heritage in New Bedford.

The IAC will stay in the same building at 58 Crapo Street, but will now occupy the second floor. In turn, Casa da Saudade Library is expected to utilize the entire first floor.

“We have seen a 60 percent increase in our clients over the last three years. We would serve about 7,500 clients; we are up to 12,000 clients,” said the executive director Helena da Silva Hughes. “We just can’t keep up with this volume.”

She said the center is seeing an unprecedented level of need for its services in part due to the Trump’s administration’s controversial stance on immigration.

“We are seeing an average of about 175 people per month just walking in and seeking either support or just asking for information on immigration or on citizenship or anything and everything… because we have a lot of clients that come in during desperate times and they really need our help,” Hughes told the crowd of 150-plus.

“Our numbers of citizenship have quadrupled,” she added. “We would have about 150 immigrants become US citizens. We are up to 675 a year.”

In addition to more space, the center needs to increase its resources, she said.

“We have been doing all this work with six case managers and one AmeriCorps,” said Hughes. “What we need to do is raise money. It is a critical time and it doesn’t seem to be going away… especially under this president’s administration.”

According to Hughes, proceeds from the fundraiser are expected to total about $30,000.